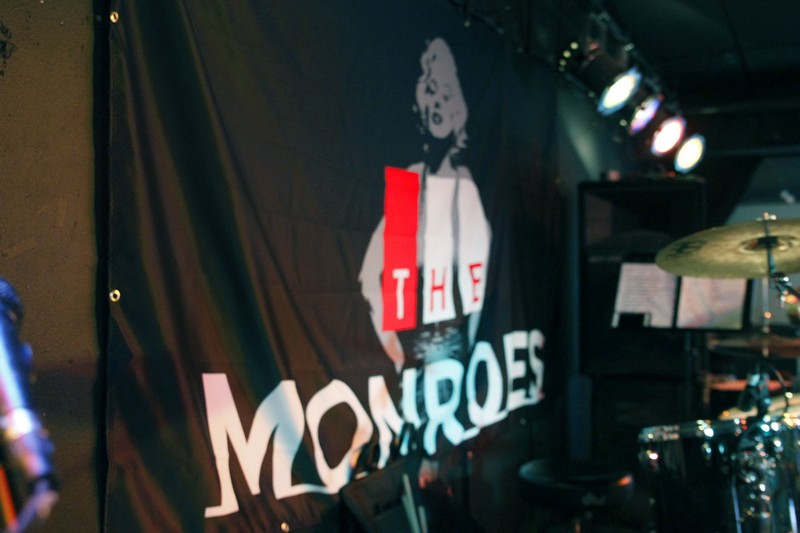 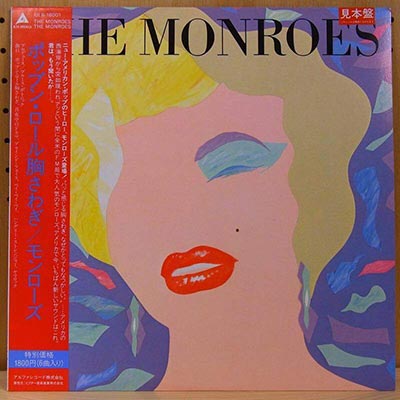 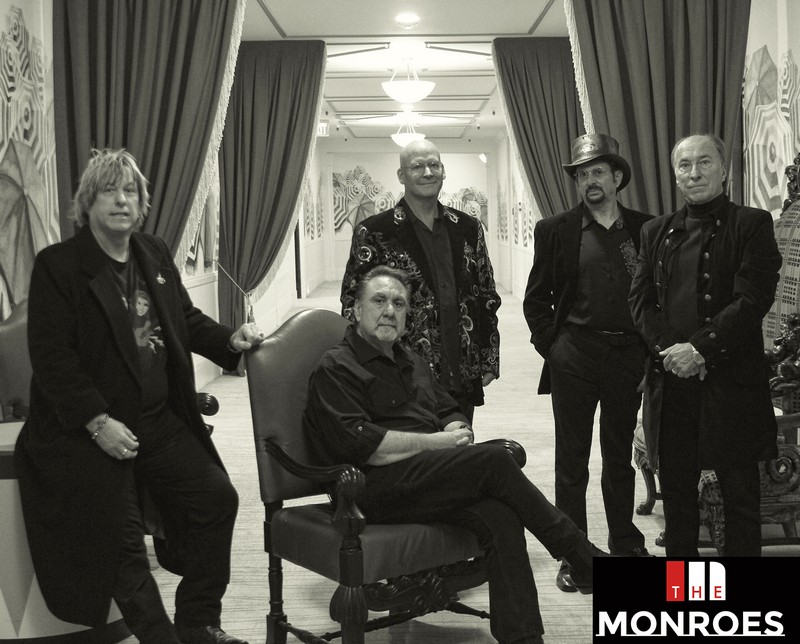 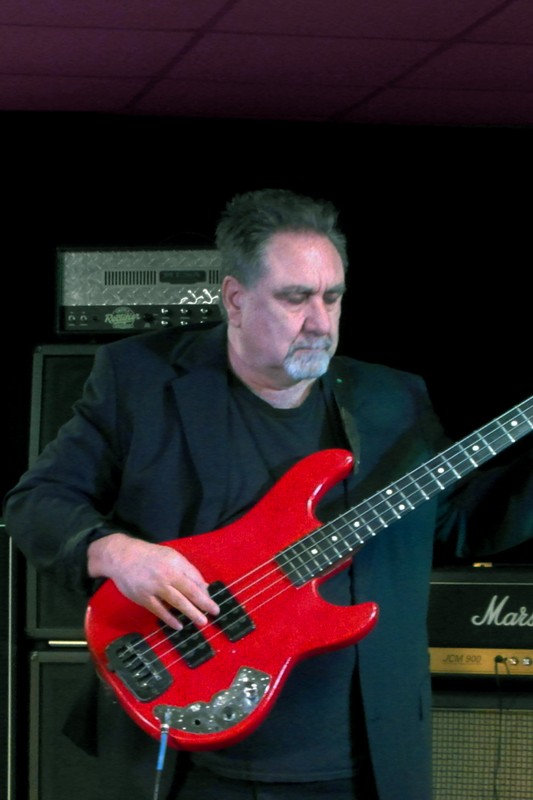 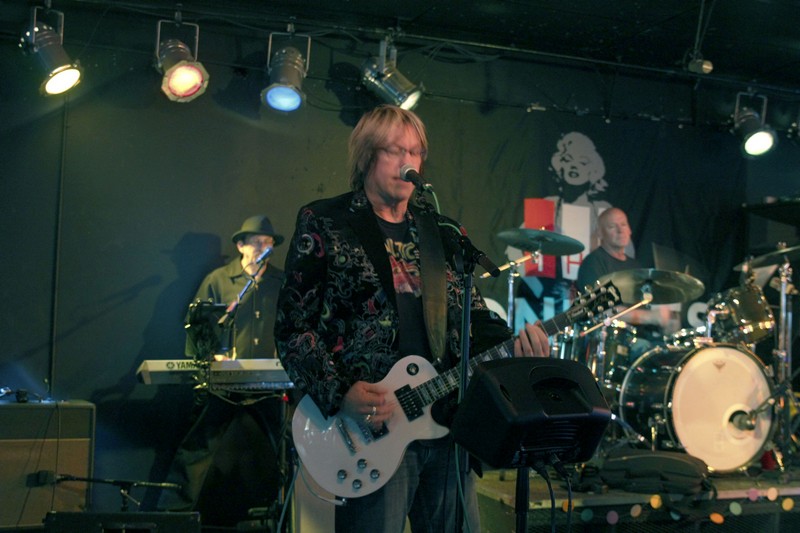 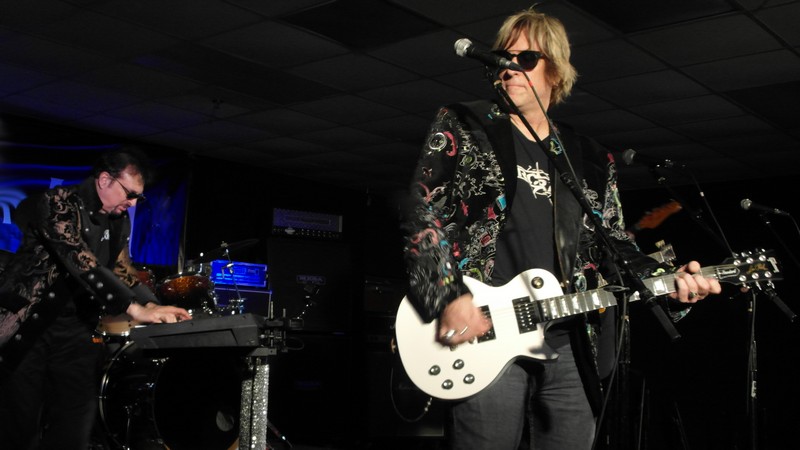 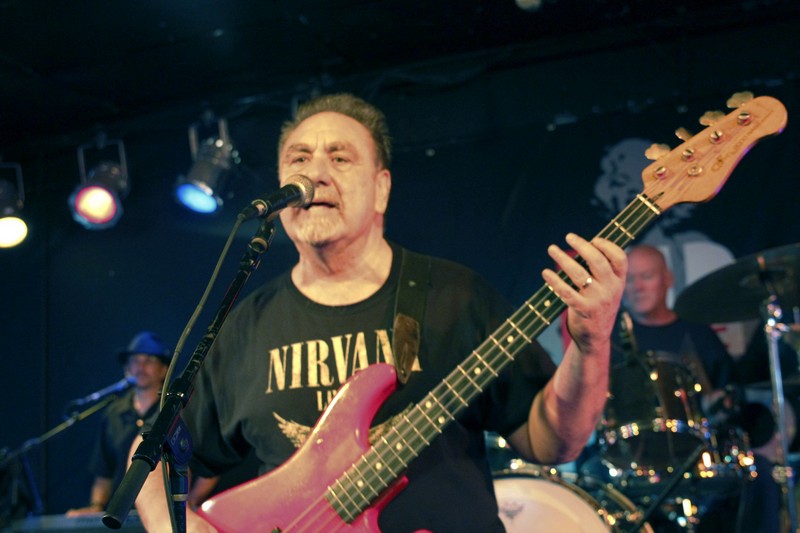 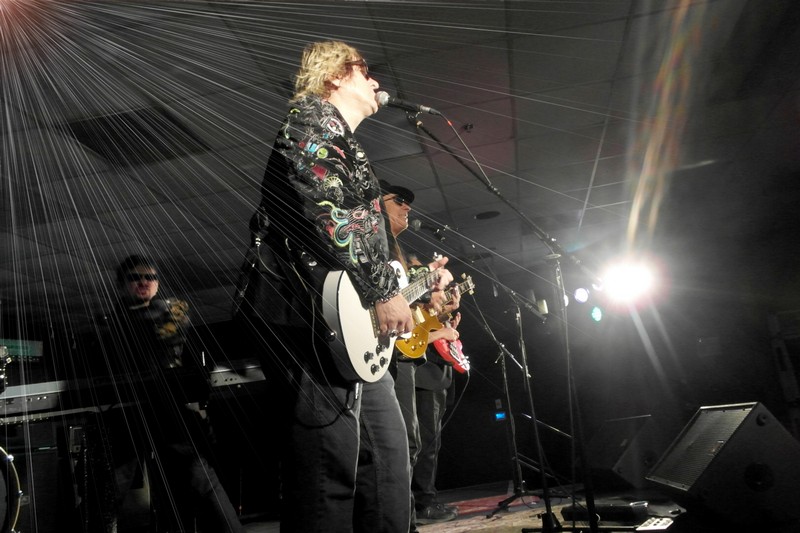 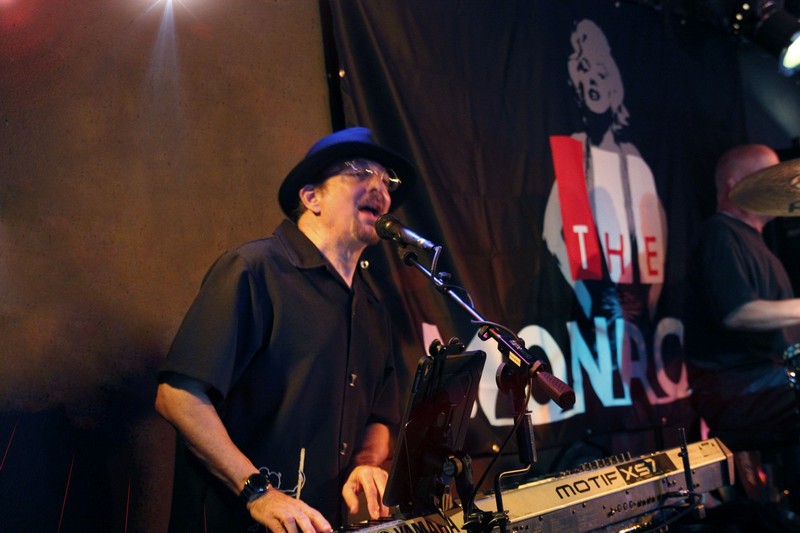 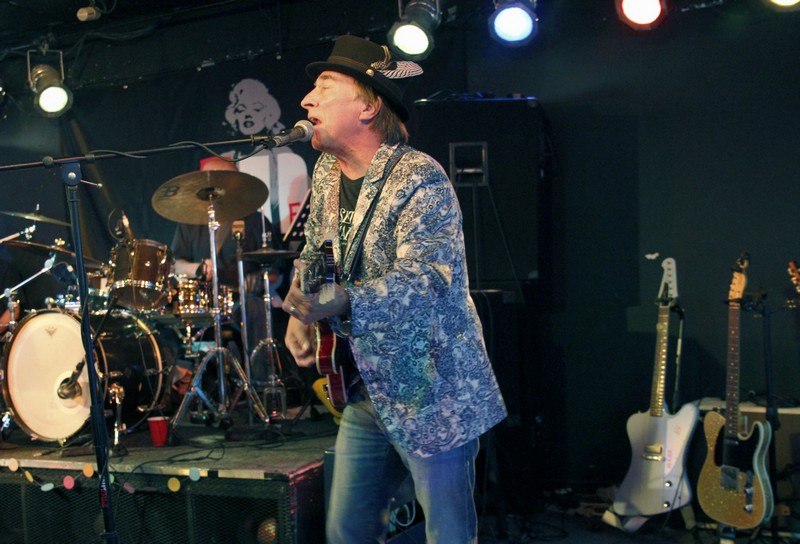 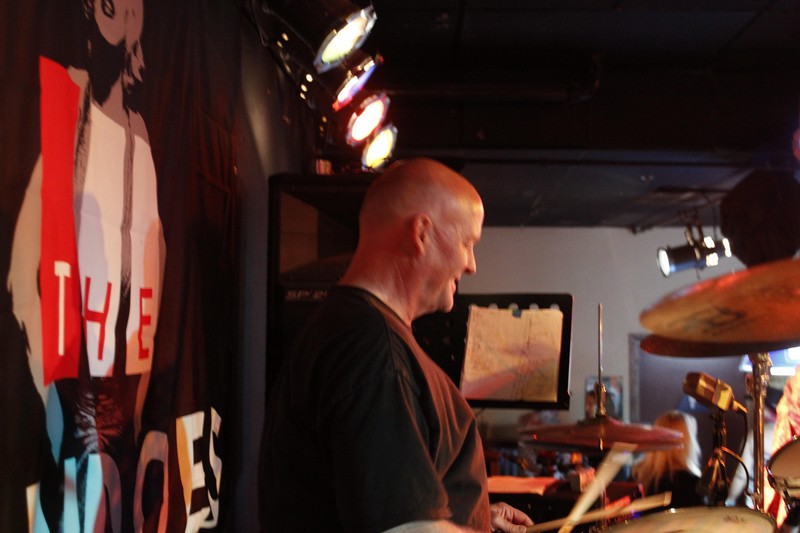 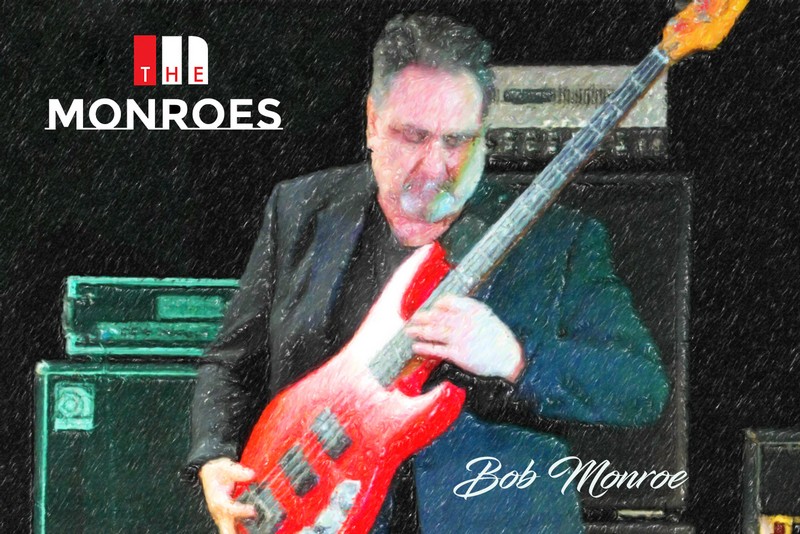 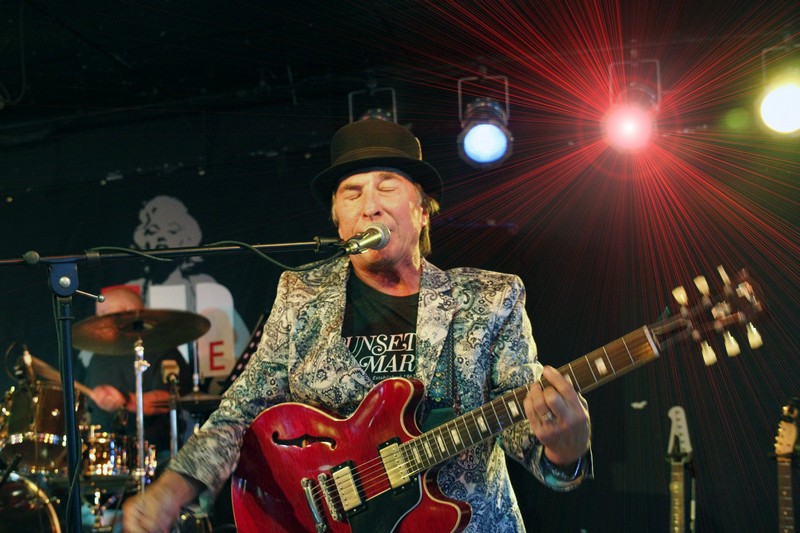 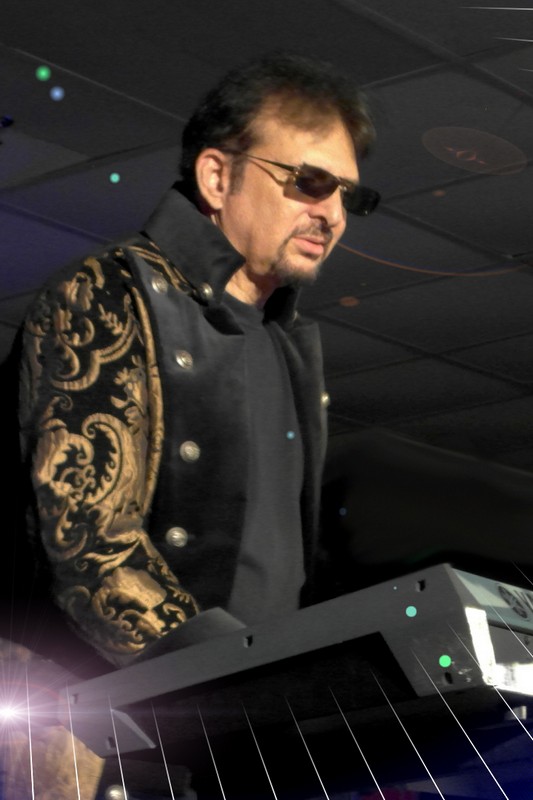 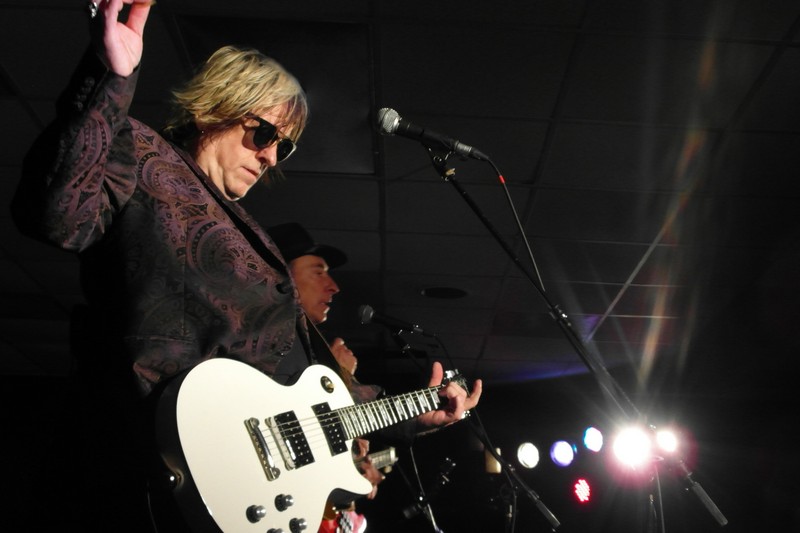 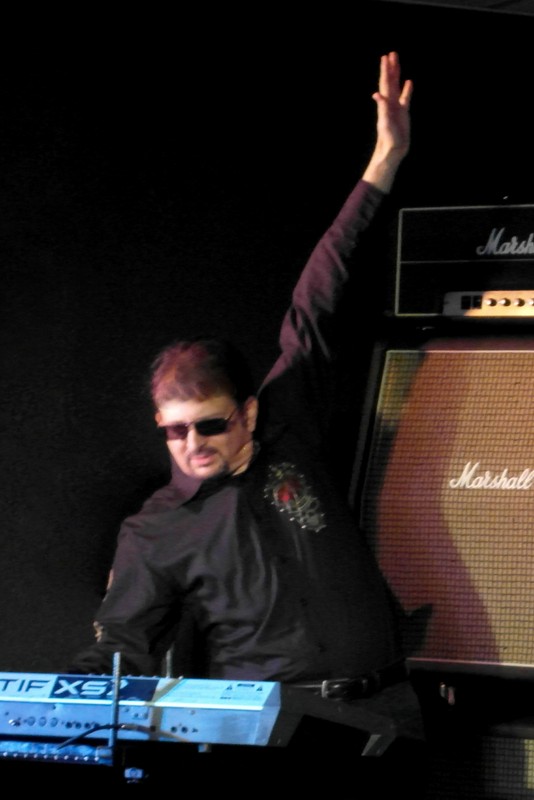 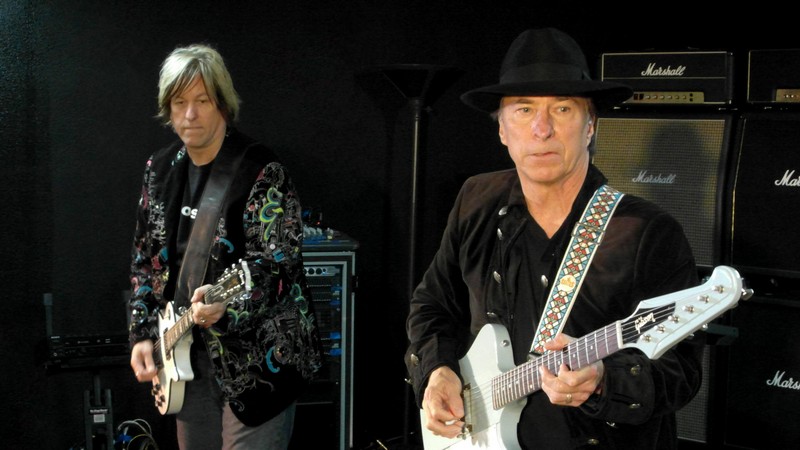 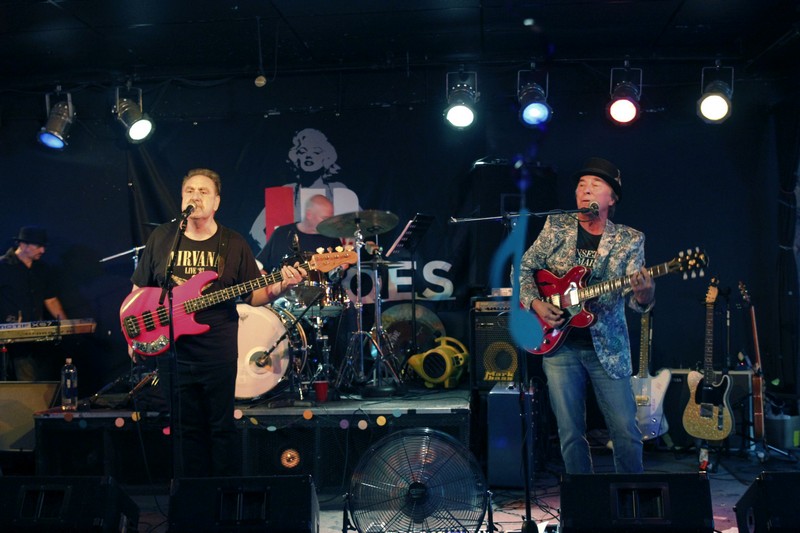 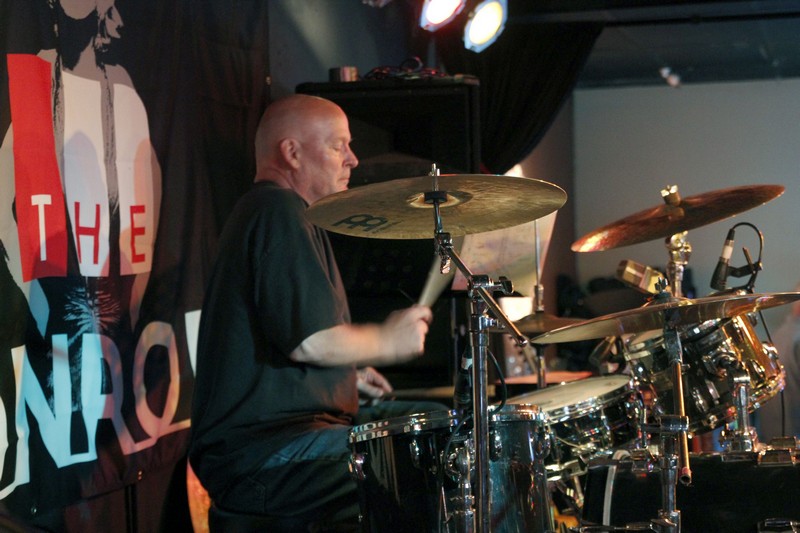 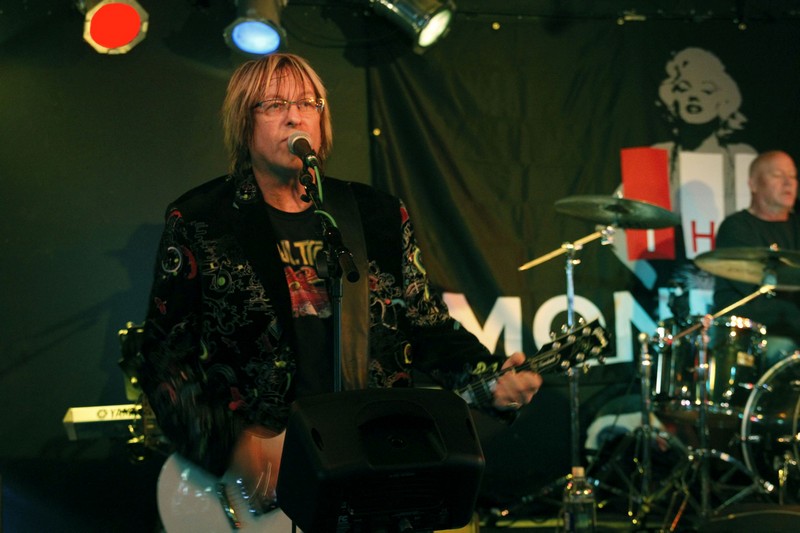 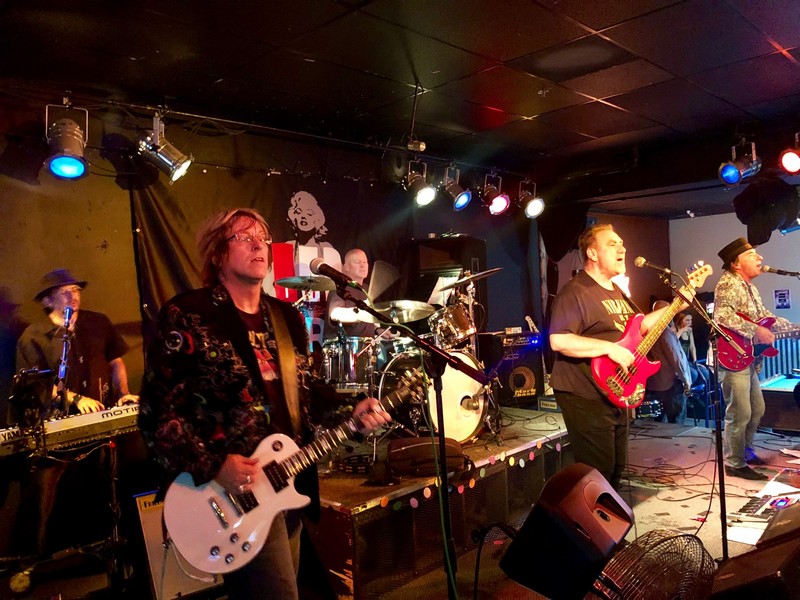 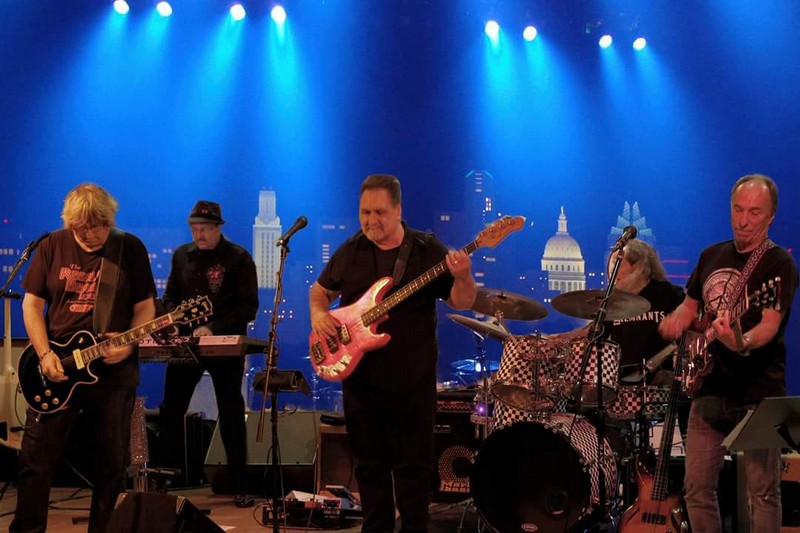 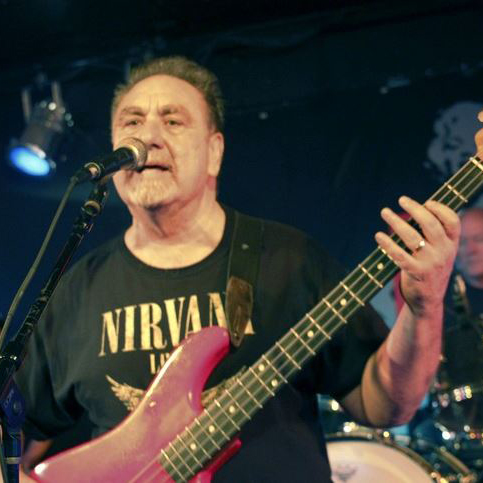 Bobs love affair with music began at the age of 8 when he would sneak into his parents bedroom to play his Fathers guitar.

Later, at the age of twelve he would perform on a radio show with his Father’s vintage country band Tex Davis and The Rhythm Rangers. This experience left quite an impression on the young man. Standing on that stage Bob knew that music would be his lifelong passion. At the age of 20 he was signed to a publishing deal with Lawrence Welk’s renowned Vogue Music which led to releasing a song (co-written with bandmate Craig Bartock of Heart fame) on Russ Regan’s Parachute Records.

At the age of 24 Bob penned the Iconic 80’s hit What Do All The People Know which led to a deal for The Monroes with Alfa/CBS records.The song hit the Billboard charts with a bullet and quickly climbing up the charts became the #2 most added song on radio behind Paul McCartney and Stevie Wonder’s Ebony and Ivory and remains a cult classic to this day.

The group has reformed in 2018 with an incredible lineup. Players such as Ronny Jones, Barry Scott, Dave Hart and Bobby Sale. In Bob Monroe’s own words, “This new lineup for The Monroes has been a long time coming. This band brings out the best in me as a singer, bass player and songwriter. We are really looking forward to the upcoming album and performing for our fans everywhere!” 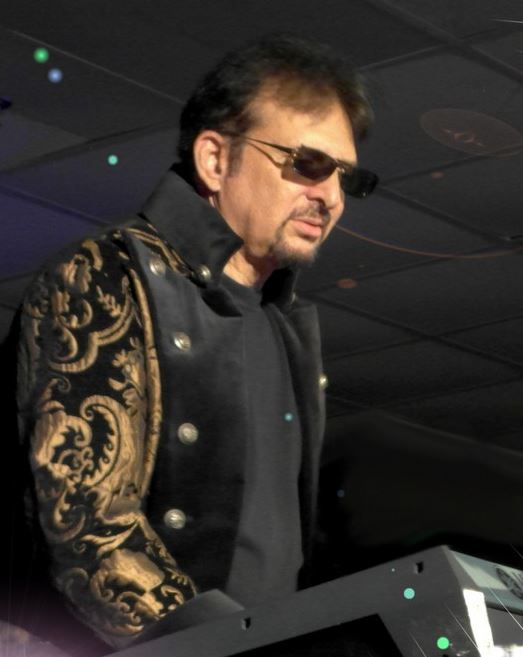 Although classically trained as a pianist performing Bach, Brahms, and Chopin by the time he was 5, Dave gave up what was to be a lifetime of living at his parents’ house and never dating, and embraced rock and roll at age 14.

Upon hearing Styx on the radio, he tricked his mother into buying him a synthesizer by promising he’d clean his room and stop bringing home filthy magazines from his friend’s house. He intends to do at least one of those by next summer. He learned analog synthesis, and by the time digital synthesis and sampling was mainstream, he was too old, crotchety and stubborn to embrace that new technology. Nonetheless, while attending SDSU in the early 1900’s, he spent all his free time at the Electronic Music Studio (still no dating) and came to embrace the mad scientist look and completely inappropriate behavior of keyboardists in the 1980’s.

Once released into the wild, Dave performed what was not yet classic rock with several bands who have threatened to sue if he mentions them by name, and eventually met Monroe’s bassist Bobby Monroe at a rehab facility for chronically overworked and underpaid musicians. Bob had given up all hope of finding a keyboard player, and therefore Dave fit right in. Under court order to do community service, Dave joined The Monroes. Despite the restraining orders obtained by each band member, Dave remains a semi-valuable part of the band to this day. 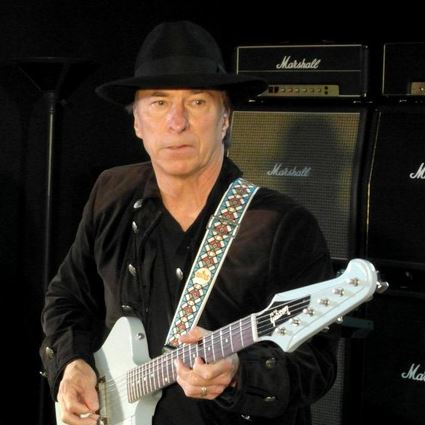 A guitarist since the age of 16, finally got the F chord down in ’68 and has been unstoppable since. Not in guitar playing…just unstoppable.

Was a founding member and songwriter for the first American band (The States) to ever be signed by legendary English record label “Chrysalis”.

That was followed with a deal with Neil Bogart’s label “Boardwalk (CBS)” resulting with sales of 80.000 sales in their hometown area (Tidewater, Virginia). The States were inducted into the Norfolk,Va. Hall Of Fame in the year 2000. Other inductees include Ruth Brown, Gene Vincent, and Bruce Hornsby ,among others.

He carried Bob Monroe’s album around for more than 30 years before meeting and teaming up with Bob and new bandmates to pursue new creative endeavors. Likes cats, turtles, and history. Oh…and criminology. But cats mainly. 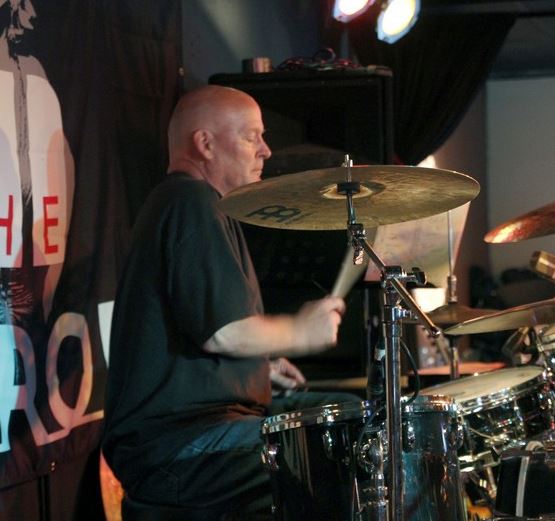 Bob Sale was born in Oakville, ON, Canada, eventually moving to Toronto, then to Chicago, and currently lives in San Diego. He’s married and has two children. He has had the honor of playing with many excellent artists including, Eric Johnson, Albert Lee, Peter and Gordon, America, Billy Ray Cyrus, Juice Newton, BJ Thomas, Vince Martel, Ben Vereen, Mary James, and Rick Elias. Bob also played drums on the soundtrack to the Tom Hanks movie, “That Thing You Do!” He has toured North America with the PFX: The Pink Floyd Experience for past seven years and The Simon and Garfunkel Story for three years. He freelances in Southern California playing gigs and doing studio work, as well as playing music festivals around the United States. 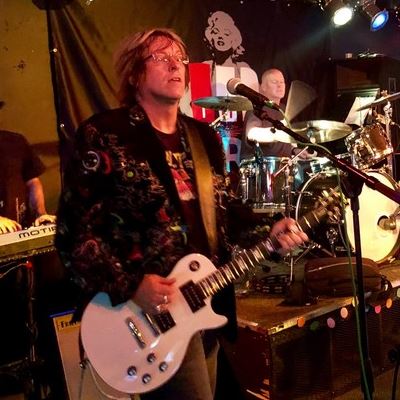 Growing up in the 60s with the sounds of Motown and the British Invasion, Ronny began his lifelong musical journey playing in cover bands in high school alongside bandmates like Stephan Pearcy (RATT,) Jason Schef (Chicago,) and Monroes’ drummer Bob Sale.

From there, he joined a band called Aircraft, which garnered a huge following and courting from several record companies. None signed, but Ronny went on to play with Robbin Crosby in a band called Phenomenon. Crosby would later join RATT, and Ronny would form Black Bambi, and finally sign on the dotted line with Atlantic Records recording with noted producer Beau Hill. He continued writing songs and producing other bands, and expanding his horizons as a live and session musician with Almo-Irving, and later at his own Firedome Studios in Burbank, California.

He quickly gained a reputation as a consummate musician, writer, and producer of rock, pop, R&B, and even country music. Then he welcomed the birth of his son, Max, who is now himself an avid guitar player. Once again, Ronny returned to music, but this time for the love of it, and not just a paycheck. He recently reconnected with an old friend, Bob Monroe, whom he had played with in a band called “Rick Elias and The Monroes”. Ronny suggested they form a new re-vamped version of the band just for the love of music. The rest, as they say, is history. 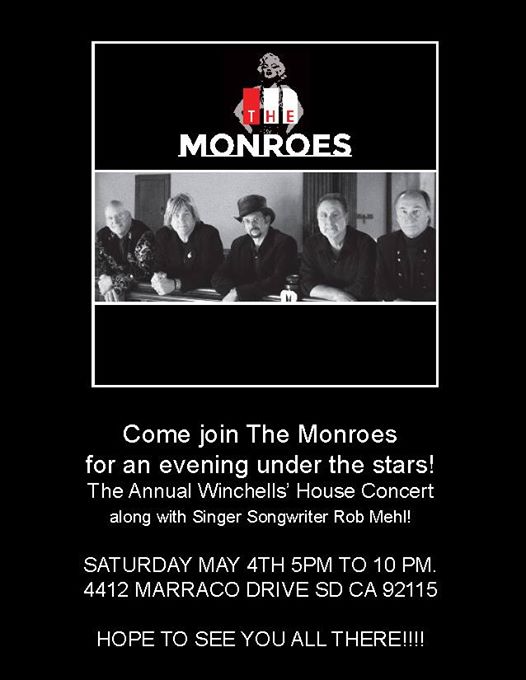 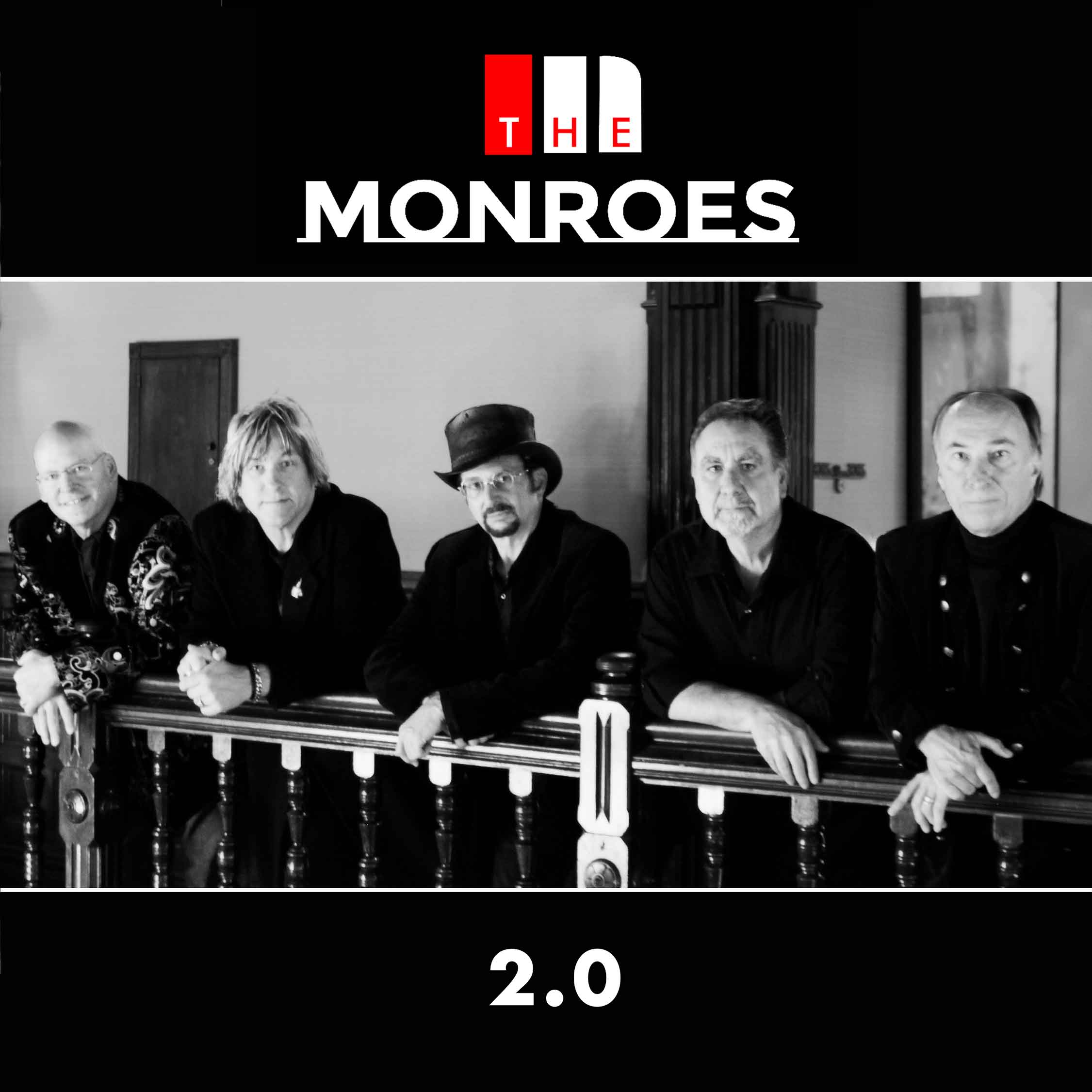 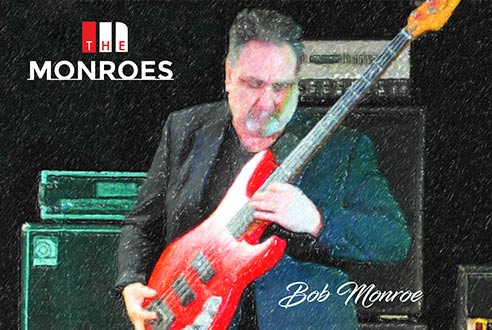